Our COVID-19 update for customers »

How to Tell If Your Dog Isn’t Feeling Well 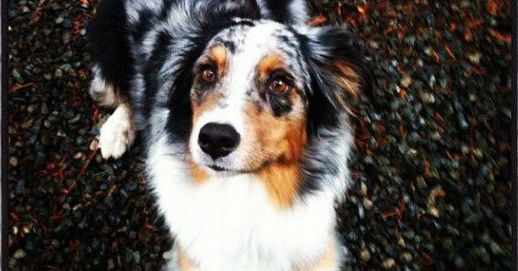 Let’s face it, owning a dog isn’t always as easy as a walk through the park. It takes constant dedication, especially when times are tough. Times are toughest for pet owners when their pets aren’t feeling well. There’s often a lot of mess to clean up, a lot of work to get your dog to want to do anything, and a lot of uneasiness regarding when they are going to start to feel like their normal selves again.

It’s often easy to tell when a dog isn’t feeling well – they just aren’t acting like they always do – but at the same time, dogs are known for being pretty stoic creatures who can mask symptoms easily.

Is Your Dog Feeling Okay?

Can I Still Board My Dog if He Seems Sick?

One important aspect of boarding your pets is making sure they are feeling up for the occasion. Kennels will not accept sick animals. The risk to the other animals is just too great. If your cat or dog is displaying more than one of the symptoms noted above, do not hesitate to get them in to see a veterinarian, whether you are planning on boarding your animal or not. This is the only way to fast-track your animal’s path to feeling better.

The majority of kennels insist cats and dogs all have had clean bill of health for at least two weeks prior to boarding, and the sooner the kennel is notified of a potential problem, the better. Simply give them a call and let them know what’s going on. All issues will be noted on your pet’s preliminary paperwork.

Most kennels will do what they can to work with you and accommodate you in any way they can, but they retain the right to refuse service if they feel there is too much risk to the other animals on board. Similarly, they do not want to be on the hook if your dog suddenly takes a turn for the worse. If your pet is prone to reoccurring illness, or declining health in general, your best bet is to research a kennel with a generous cancellation policy.

A photo posted by Puppy Love Pet Care Centre (@puppylovepetcarecentre) on Mar 3, 2015 at 9:31am PST

If Pets Become Sick or Injured While Boarding

Most reputable pet care centres have a plan of action in place for when and if this were to occur. For example, at Puppy Love, we start by making every attempt to contact you and/or your emergency contact. If we cannot reach you, we will seek veterinary attention for your animal by calling our designated, on-call vet. As the pet owner, all associated fees for doing so will be your responsibility.

Some of the symptoms of a sick animal noted above are more cause for concern than others, especially immediately after a trip to the kennel.

While every precaution is taken to prevent animals from getting sick while they are on holiday at the kennel (i.e. no sick animals allowed, no non-vaccinated animals allowed, isolated feeding schedules), stuff still happens! Your animal may play too rough or stick his nose somewhere it doesn’t belong.

In any case, keep an eye out for signs your dog isn’t feeling well once you’re back from the kennel, keeping in mind that it’s not uncommon for pets to act a little odd during the first few days they are home from kenneling, as they are adjusting back to their old routine.

That being said, it becomes a matter a paying constant attention and listening to your gut instinct when determining if your pet’s symptoms are indeed an illness, or just typical of certain animals who are returning to their normal lives.

So, for example, if your dog is acting strangely, as in he or she is sleeping a lot, not wanting to go outside, doing their numbers at odd times – these are all signs of adjusting back to a routine that has been broken. Don’t sweat it! But, if your dog is vomiting, wincing in pain, or has visible rashes, a trip to the vet is likely in order.

A Word on Kennel Cough

One big thing to look out for once your dog is home from boarding is known as kennel cough, a broad term for infectious tracheobronchitis, a respiratory infection in dogs caused by Bordetella bronchiseptica and the canine parainfluenza virus. Kennel cough got its moniker because it typically occurs when animals are kept in close quarters together. It’s an airborne illness, meaning it is highly contagious.

Kennel cough is not very serious; it basically causes a persistent, dry cough in dogs that usually clears up after a few days. Fortunately, dogs with kennel cough will act and eat normally. It’s a little like how a common cold affects humans. They are annoying, yes, but not usually that debilitating.

If you have any questions for the Puppy Love Pet Care Centre regarding any of the advice given here, please get in touch! We are opened from 9 a.m. to 6 p.m. seven days a week at 2918 Lamont Road in Victoria, British Columbia. Stop by any time!